Posted on October 24, 2012 by anthonyhayshop 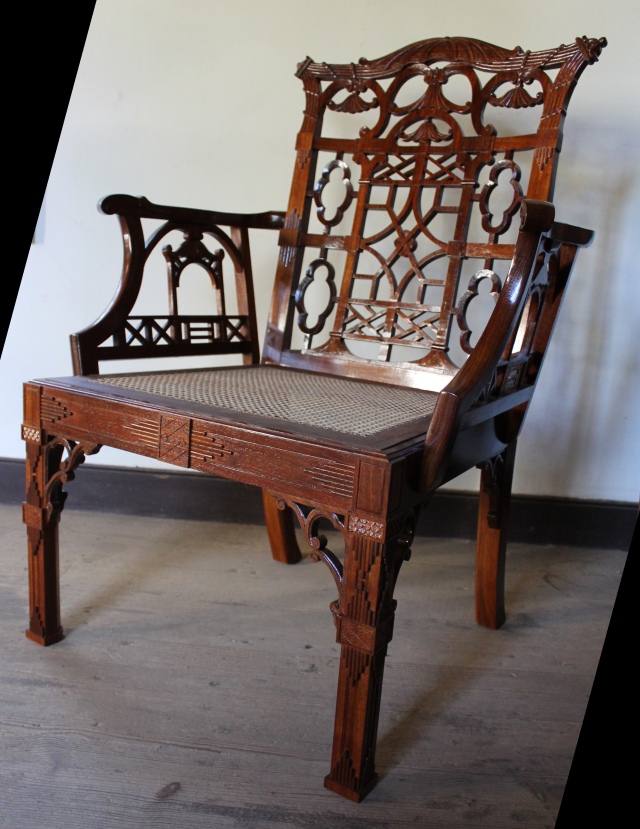 Cabinet shop projects progress with fits and starts. It is especially satisfying to return to interrupted projects and complete them. The Chinese style elbow chair pictured above is based on a London original in Colonial Williamsburg’s collection. The old chair has an association with the last Royal Governor of New Hampshire. Our reproduction differs most from the original in the choice of wood, ours is American black walnut instead of mahogany. The back splat and crest rail were done by Mack Headley; the chair structure, arms and legs by Kaare Loftheim. Chris Swan and intern Astrid Smith of the Furniture Conservation Lab made the caned seat frame and began the caning. Brian Weldy completed the weaving of the cane seat. Acc.# 1959-351 at CWF’s eMuseum.

Brian Weldy has also completed the table Dan Faia and Matt Wajda demonstrated at the 2012 Wood Symposium. This table is reproduced from a 1790’s Philadelphia or Baltimore Breakfast table in Mount Vernon with a history of ownership by George Washington (Acc.# W-136).  The finish began with a coat of boiled linseed oil brushed over the surfaces, excess rubbed off, dried for a week.  Then followed numerous thin coats of seedlac in alcohol built up and finally polished out with a cloth applicator. 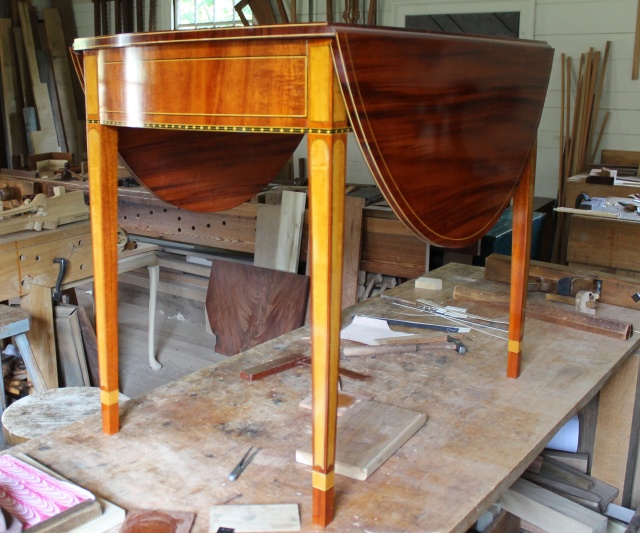 Among Mack Headley’s projects, the pair of Mount Vernon candle stands (Acc.# W-1/A) are nearing the halfway point. The core two section column is glued and largely carved. The final carving at the transition of the legs will be done after the top and bottom sections of the column are doweled together and the legs glued in place permanently. The top and gallery will be fit after the lower stand is permanently assembled and glued. 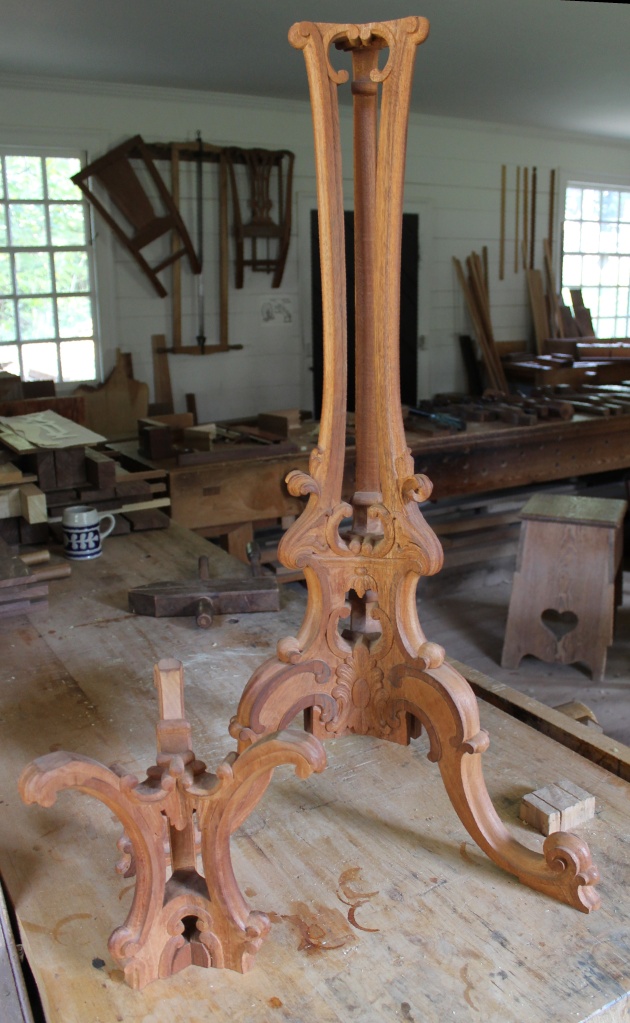 The candle stand has been interrupted by a project for the 2013 Woodworking Symposium. A traveling box inspired by an engraving from Thomas Sheraton’s “Cabinet-maker’s and Upholsterer’s Drawing Book” and a dressing box in Williamsburg’s collection (1967-583). Bill Pavlak is working on his final apprentice project. The set of three late baroque/rococo chairs are a composite of Hay shop sculptural design and particular mid-18th century chair structures such as compound angle joints at the side rail/ back leg junction. 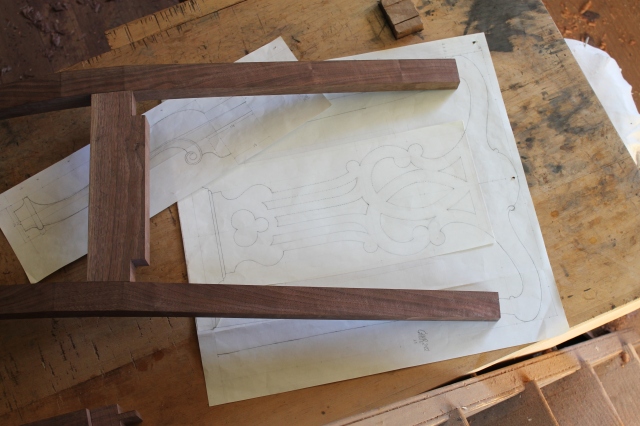 Edward Wright is well into the mechanical portion of his spinet harpsichord inspired by a 1726 Cawton Aston instrument in Williamsburg’s collection (Acc. No. 1960-321,A). The keys have been made for the sharps and flats and are ready for their ebony covers. 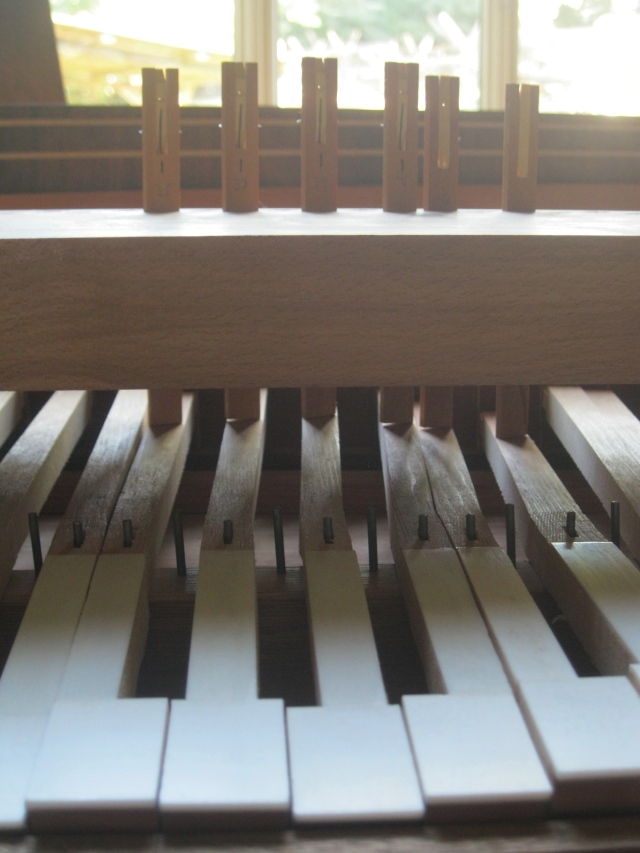 Also in conjunction with the upcoming symposium, Kaare Loftheim is working on a reproduction of a Colonial Virginia bracket clock, the works assembled by Thomas Walker of Fredericksburg, VA (1765-1775). The case made in the Fredericksburg area possibly by one of Walker’s brothers Robert or William.  The clock is described at Colonial Williamsburg’s eMuseum, Acc.# 1951-397. 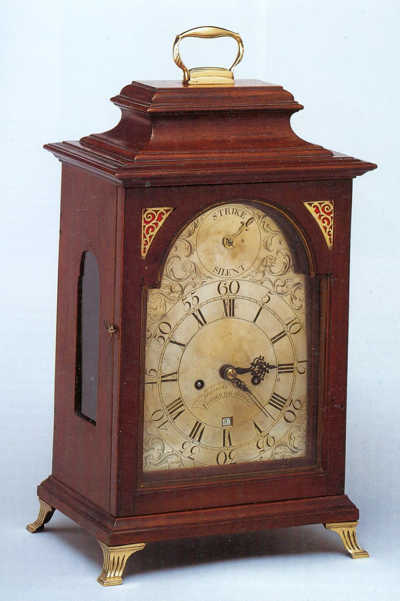 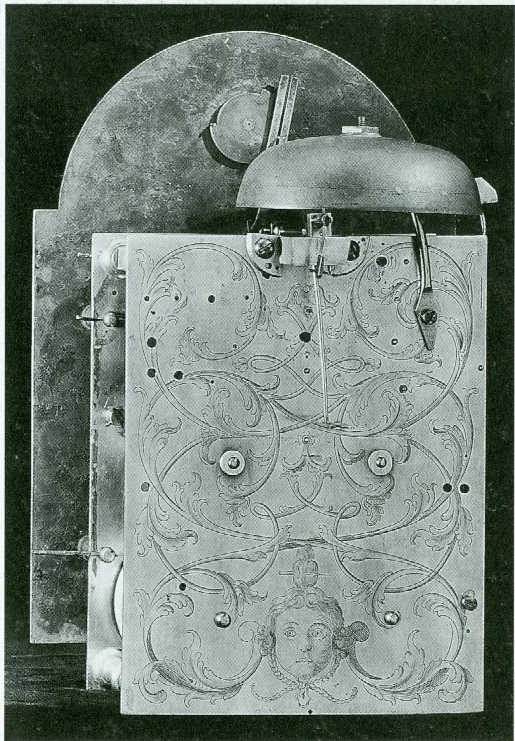 So once again, we have projects overlapping each other.  The symposium this January will feature demos of the techniques used for the travel box and bracket clock, among others.  Dates for the conference:  Session 1 is  January 20 – 23, 2013; Session 2 is  January 24 – 27, 2013.  We hope to pick up the Mount Vernon projects again after these small jobs are completed in early 2013.