Posted on March 3, 2012 by anthonyhayshop

The spinet case before the treble cheek was attached.

As mentioned in reply to a comment on our last post, I’ve installed the treble cheek (the right hand one when facing the spinet) onto the spinet carcass.  The framing of the keywell of the instrument is now complete.

This piece was a replacement for an earlier one that unfortunately severely warped before it could be installed into place.  Having gone through the making twice before, this  went fairly fast. 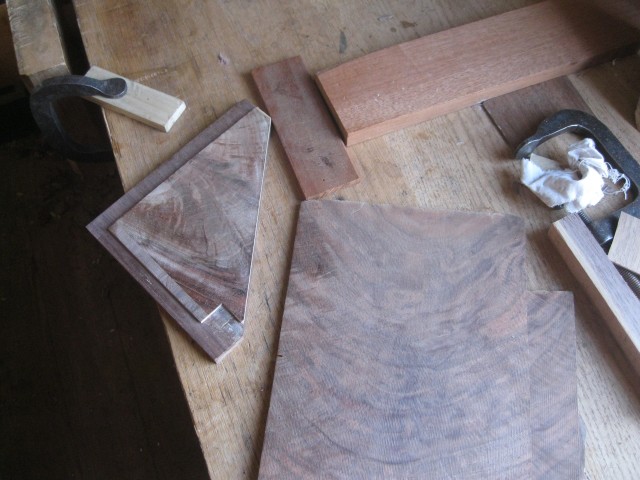 The treble cheek completed but uninstalled, with potential crotch walnut veneer for the front panel above the keys.

I went into detail on making these cheeks back in February 2011.  Click the archives for that month on our front page and find “Spinet Assembly Moves Forward (A Little)” for a refresher on the issues involved.  In the next photo, note the veneer cut away to allow the core walnut to butt against the bottom edge and the end of the front rail. 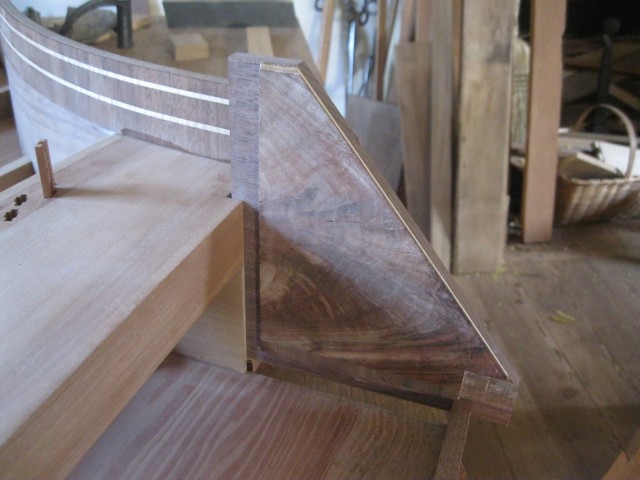 Fitting the treble cheek to the wrest plank dado and butting the bottom board and front rail.

From fitting to installed:

The treble cheek glued and nailed into place. Crotch walnut veneer on white pine sub -veneer, all on solid walnut.

Treble cheek view from its exterior side, plain solid walnut to match the other case walls. 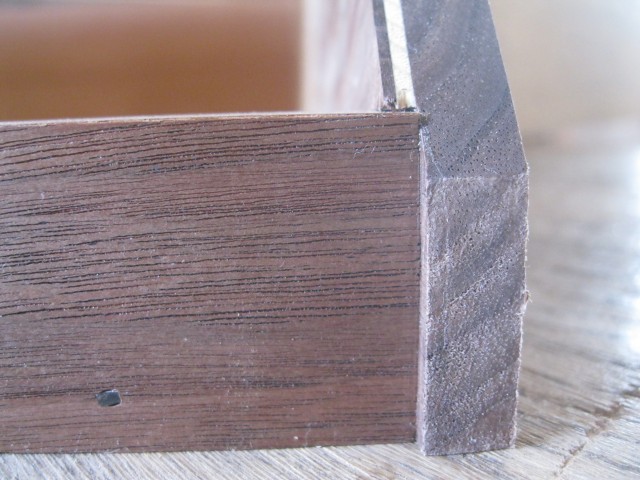 The butt joint of the treble cheek to the front rail.

The last case wall section being trimmed on a shooting board.

The last case wall piece in context with the treble cheek and bentside.

This entry was posted in Harpsichords and Spinets, Uncategorized. Bookmark the permalink.